India is the largest producer of films. Bollywood has been the biggest contributing hand in promoting Sport’s significance and benefits among society. The importance of sports is relatively very low in India and hence sports movies too. Sports movies are more inspirational and informative epic to introduce the lost glory of games and sportspeople. Movienasha brings out the Top 10 Bollywood best Sports movies. The numbers here are in any random order and do not suggest a level of greatness in the movie. Please leave a comment if you think differently and have something in mind which you want me to notice. your comments are most welcome! Here is the list below:- 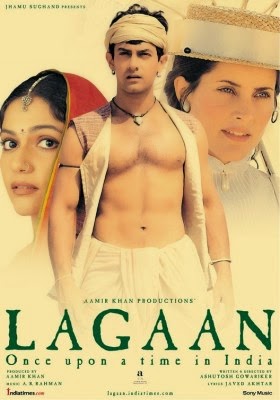 Lagaan is one of my favorite sports movies. It is an Indian epic sports drama film written and directed by Ashutosh Gowariker. It was released in 2001 starring Aamir Khan, Gracy Singh, Rachael Shelley, and Paul Blackthorne. Lagaan is undoubtedly the magnum opus of cricket movies in Bollywood. Lagaan is not only one of the best sports movies but also a fight against British rulers of peasants from a barren village in an attempt to reduce high taxes. During this successful trial, they had to play Cricket against the British team as a bet. Laggan received critical acclaim and awards at the International Film Awards, as well as many Indian film awards. It was one of the biggest box office hits of 2001. 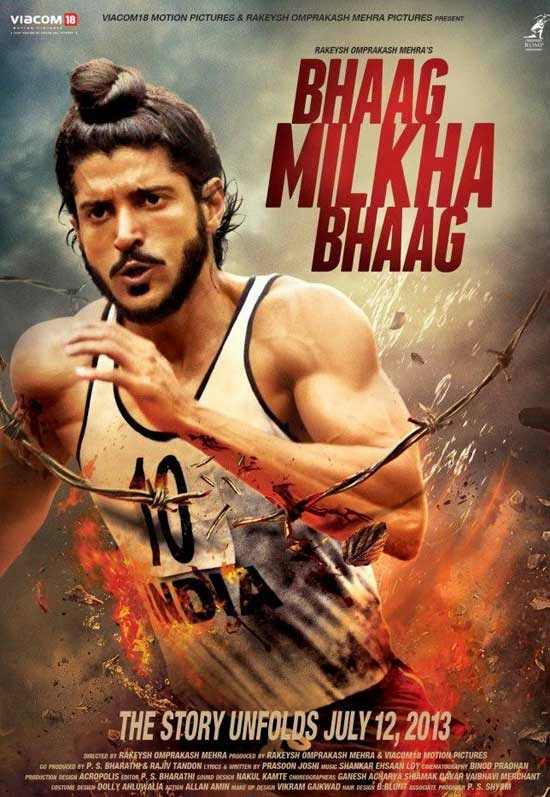 Bhaag Milkha Bhaag is also one of the best sports movies. It is an Indian biographical sports drama film produced and directed by Rakesh Omprakash Mehra from a script written by Prasoon Joshi based on Milkha Singh, an Indian athlete who was a national champion runner and an Olympian. It was released in 2013 and stars Farhan Akhtar, Sonam Kapoor, Hikarulto, Meesha Shafi, Divya Dutt, Pawan Malhotra, Japtej Singh, and Yograj Singh. The truth behind the ascension of Milkha “The Flying Sikh” Singh who has scarred because of the Indian-Pakistan partition. This movie performed very well at the box office and was declared Super Hit. Singh sold the film rights to One Rupee but inserted a clause stating that a share of the profits would be given to the Milkha Singh Charitable Trust. The movie gathered positive reviews from critics and audiences. 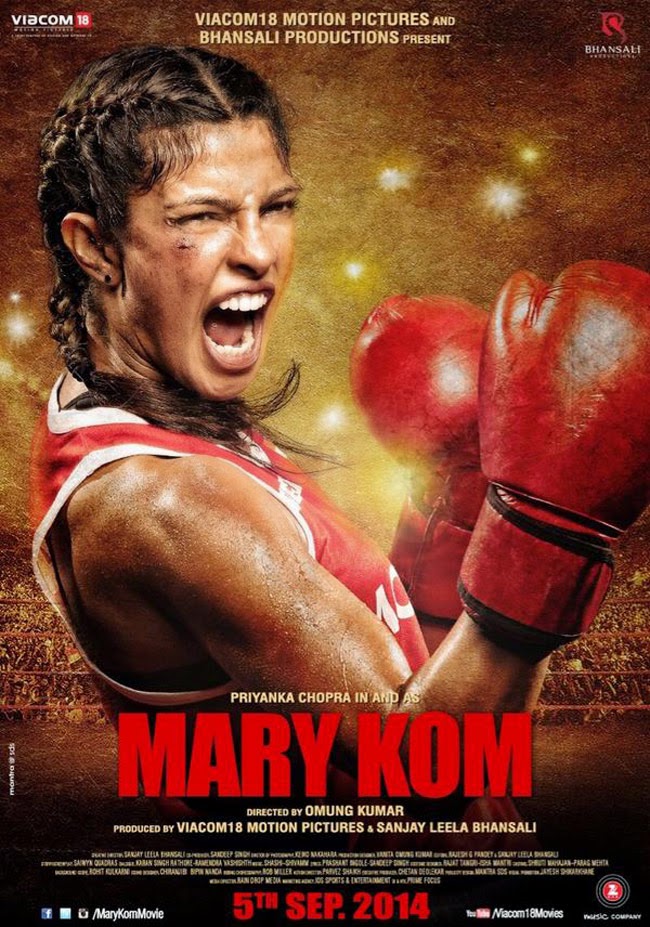 Mangte Chungneijang Mary Kom, also known as MC Mary Kom or usually Mary Kom, is an Indian Boxer. Mary Kom is one of the best sports movies on Boxing. It is an Indian biographical sports drama film directed by Omung Kumar and produced by Sanjay Leela Bhansali. The film is about five-time female world boxing champion and Olympic bronze medalist Mary Kom. It was released in 2014 starring Priyanka Chopra, Darshan Kumar Sunil Thapa. The film gathered positive responses from critics and audiences. The film was praised for its screenplay, editing, performance, direction, cinematography, and inspirational themes. The film premiered at the 2014 Toronto International Film Festival. 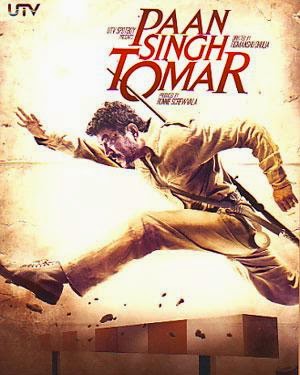 Paan Singh Tomar is a movie based on the true story of the athlete Paan Singh Tomar. A soldier in the Indian Army, he wins a gold medal at the Indian National Games but is forced to become a notorious dacoit due to some circumstances. The film was released in 2012 starring Irrfan, Mahi Gill, and Vipin Sharma. The movie is directed by Tigmanshu Dhulia and produced by Ronnie Screwvala. The film was acclaimed as a super hit and also from the best sports movies at the box office. The film won Best Feature Film and Best Actor at the 60th National Film Awards in 2012. Paan Singh Tomar is a really good movie to watch. 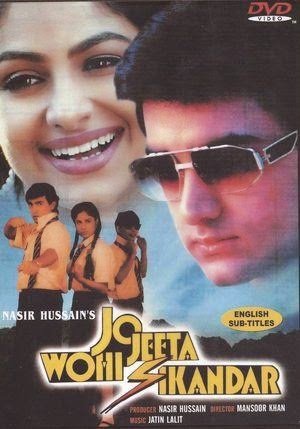 Jo Jeeta Wohi Sikander is one of the best movies based on sports like Cycling. The movie was a huge success and people still remember the movie for its brilliant story, performances of the actors, and great soundtracks. The movie encourages sport cycling. It was released in 1992 starring Aamir Khan, Ayesha Jhulka, Mamik Singh, Deepak Tijori, Kulbhushan Kharbande, and Pooja Bedi. It is directed by Mansoor Khan and produced by Nasir Hussain. The film won the Filmfare award for best movie that year. This movie had everything: romance, action, fun, music, and sport. 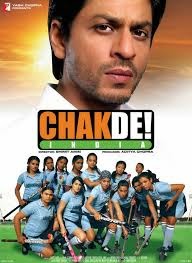 Chakde! India is one of the best sports movies in Hockey. It is an Indian sports drama film about field hockey in India. It is directed by Shimit Amin and produced by Yash Raj Films. It was released in 2007 starring  Shah Rukh Khan. Chak De India has been successful in establishing the prestigious values of the Indian women’s hockey team. A convicted hockey player coaches the women’s team to get his honor and dignity back. The film is a beautiful piece of art, which is based on a strong script themed on hockey, which is the national sport of India. There are players from several parts of the country. We have to unite them to make a powerful force. 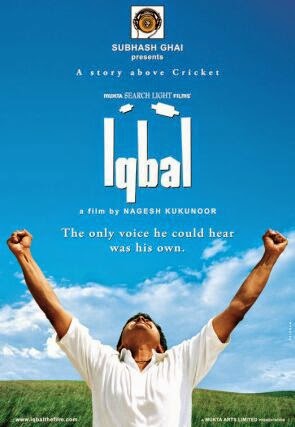 Iqbal is a national award-winning film directed by Nagesh Kukunoor and written by Vipul K Rawal. The movie depicts the story of a deaf and mute youth ‘Iqbal’ who wishes to be a successful bowler and eventually gets selected for the national team. It was released in 2005 starring Naseeruddin Shah, Shreyas Talpade, Girish Kamad, Yatin Karyekar, and Shweta Prasad. The film received the National Film Award for best film on other social issues. Iqbal overcomes his difficulties to fulfill his dreams. He is discouraged by his father who thinks that Iqbal’s daydreamers are a waste of time. He wants Iqbal to help him tend to the crops and become a farmer like him. It is one of the best sports movies based on sports like Cricket and received positive reviews from critics. 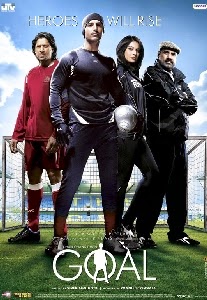 Dhan Dhana Dhan Goal is one of the best sports movies on Football. It tells the story of a struggling South Hall team, which after fighting all odds against it emerges victorious, with its hard work and passion among football. The goal is a fictional sport based on football. It was released in 2007 starring John Abraham, Bipasha Basu, Arshad Warsi, Shemaz Patel, and Boman Irani. It is directed by Vivek Agnihotri and produced by Ronnie Screwvala. The film received positive reviews, though it was only middling at the box office and declared below average by box office India. 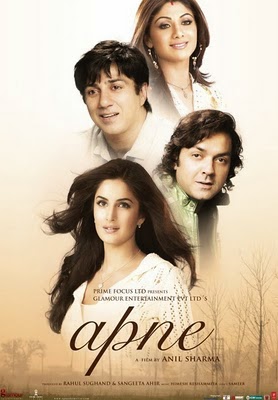 Apne is a Bollywood sports drama film directed by Anil Sharma. This movie is based on the boxing career of Baldev Chaudhary, one of the characters in the movie played by Dharmendra. This is the first movie to feature real-life fathers and sons. It was released in 2007 starring Dharmendra, Sunny Deol, Bobby Deol, Shilpa Shetty, Katrina Kaif, and Kirron Kher. The film opened to an excellent response across India and emerged as a hit overseas as well. This movie is also from the best sports movies. Dharmendra plays the role of disgraced ex-boxer Baldev Chaudhary who tries to wash a stain on his boxing career through his sons Angad and Karan. 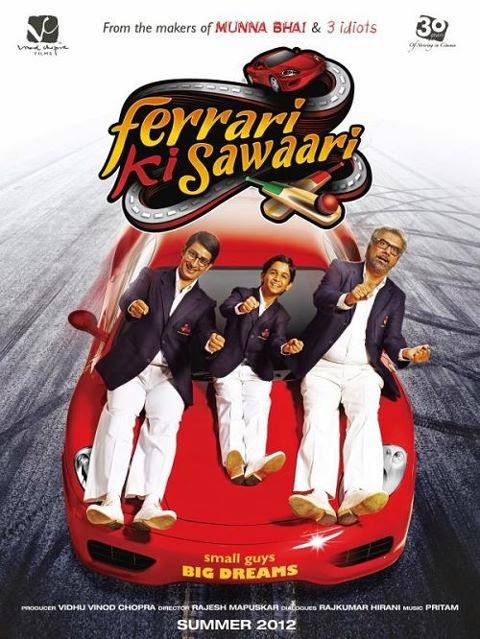 Ferrari Ki Sawaari is one of the best sports movies on Cricket which is directed by Rajesh Mapuskar and produced by Vidhu Vinod Chopra. It was released in 2012 starring Sharman Joshi, Boman Irani, Ritvik Sahore. A little boy, Kayo thinks of nothing but playing cricket. His father, Rusy, thinks of nothing but his little boy. To fulfill his son’s dream of playing at the Lord’s Cricket Ground, the honest and upright Rusy performs his first small act of dishonesty. He borrowed the gleaming red Ferrari owned by Sachin Tendulkar for one day. The only problem is he does not inform its legendary owner. This movie is made by the makers of Munna Bhai and 3 Idiots.

How to make a friendship necklace?

June 29, 2022 0
A friendship necklace is a fun and easy-to-make thing. You can’t only give these necklaces to your...
Read more

Why is Day Trading Increasing in Popularity and Should It Be Regulated?

June 29, 2022 0
When we consider ways to gamble money, our thoughts tend to lean towards slot machines, poker tables,...
Read more

7 Values to Possess for an Auspicious Entrepreneur

June 28, 2022 0
One is not born a master businessman. It is a long way of studying and gaining experience...
Read more

June 28, 2022 0
Slot games are slowly becoming one of the most popular forms of online adult entertainment that allows...
Read more

June 10, 2022 0
Before you look for a home, research the area you are moving to. Some factors likely to...
Read more
Contact us: xomba@freeemail.biz