Sign in
Welcome! Log into your account
Forgot your password? Get help
Password recovery
Recover your password
A password will be e-mailed to you.
Online Technology Calculator
Home Bollywood Top 10 Bollywood Movies on Indian Army
Disclaimer: This list will be updated from time to time. (Last updated on 15 August 2015)
India is the largest producer of films. The patriotic spirit of being an Indian runs in our blood. Bollywood has over the years churned out a number of stories set against the backdrop of wars fought by India. Here, Movienasha brings out the Top 10 Bollywood movies on Indian Army. The numbers here are in any random order and do not  suggest any level of greatness in the movie. Please leave a comment if you think differently and have something in mind which you want me to notice.Your comments are most welcome! Here is the list below:- 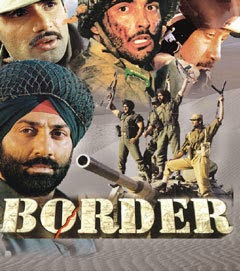 The border is one of my favorite movies about the Indian Army. It is directed and produced by J.P.Dutta. It was released in 1997 starring Sunny Deol, Sunil Shetty, Akshaye Khanna, Raakhee, Jackie Shroff, Tabu, Pooja Bhatt, Puneet Issar, and Kulbhushan Kharbanda. It is a blockbuster film on the Indo-Pakistani War of 1971. The movie is an adaptation of real life events that happened at the Battle of Longewala fought in Rajasthan during the Indo-Pakistani war of 1971 and Bangladesh Liberation war. It is about how a band of 120 soldiers of the Punjab regiment of the Indian Army headed by Major Kuldip Singh Chandpuri successfully defended their post all night against a whole tank regiment of the Pakistani Army. The film was a critical and commercial hit in India. 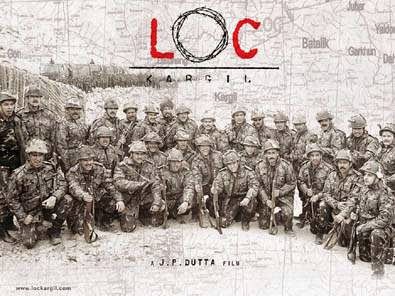 LOC is a movie about the Indian Army. It is directed, produced, screenplay and story by J.P.Dutta. It was released in 2003 as a construct on the Kargil war fought between India and Pakistan. This movie stars a large number of Bollywood stars including Sanjay Dutt, Ajay Devgan, Armaan Kohli, Puru Raj Kumar, Nagarjuna, Saif Ali Khan, Sunil Shetty, Sanjay Kapoor, Abhishek Bachchan, Kareena Kapoor, Esha Deol and others. The video was an attempt to showcase the battles fought by several soldiers who lost their lives during Operation Vijay in 1999. Captain Vikram Batra, Anuj Nayyar, Manoj Kumar, Pandey and Sanjay Kumar were some of our gallant soldiers portrayed in this movie.

Lakshya is one of my special movies which I liked the most. It was formed by the Indian Army. It is directed by Farhan Akhtar and produced by Ritesh Sidwani. It was released in 2004 starring Hrithik Roshan, Preity Zinta, Amitabh Bachchan. It is a coming-of-age story with a fictionalized backdrop of the Kargil war. The film is regarded as a cult classic. Hrithik Roshan plays the role of Lieutenant (later acting Captain) Karan Shergill, who leads his team to victory over the Pakistani troops. Karan Shergill is a young man who has no goal or plans for his future. 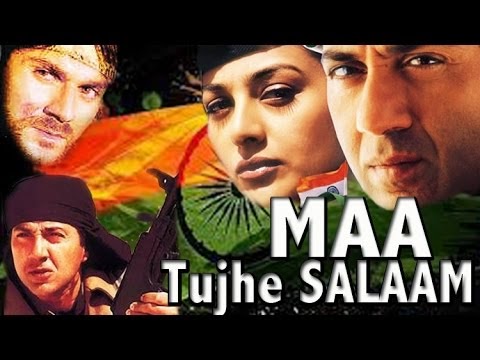 Maa Tujhe Salaam is an action/ patriotic film directed by Tinu Verma and produced by Mahendra Dhariwal. It features Sunny Deol, Tabu and Arbaaz Khan and was released in 2002. The film was released when tensions were high between India and Pakistan. It is one of the finest movies on Indian Army and it is the story of an Indian military officer, Major Pratap Singh, who aborted a terrorist infiltration attempt of the enemy country single-handedly with the help of a few civilians, at an area that’s located near the border of India. 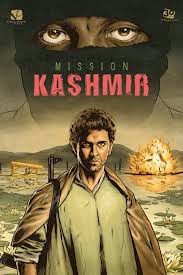 Mission Kashmir is a Bollywood movie on India
n Army directed and produced by Vidhu Vinod Chopra. It was released in 2000 starring Sanjay Dutt, Hrithik Roshan, Preity Zinta, Sonali Kulkarni. The film follows the life and tragedy of a young boy named Altaaf after his entire family is accidentally killed by the police officer.He is adopted by the police chief who is responsible for this, and when Altaaf finds out, he seeks revenge and becomes a terrorist. The film deals with terrorism and the tragedy of children suffering from war. It was the third-biggest domestic grosser of the year. 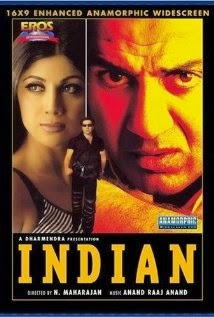 India is one of my favorite movies I have ever seen. India is a movie directed by N.Maharajan and produced by Dharmendra. It was released in 2001 starring Sunny Deol, Shilpa Shetty, Rahul Dev and Mukesh Rishi. It is a remake of Tamil film Vallarasu starring Vijayakanth. In this movie, Raj Shekhar Azad is an honest Police commissioner whose sole intention is to wipe out corruption. Waseem Khan, a dreaded terrorist, is aided in his mission by Raj’s father-in-law, an influential industrialist, and several police officers. This movie has excellent collections. 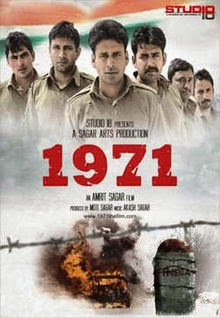 1971 is a movie directed by Amit Sagar based on a true story of prisoners of war after the Indo-Pak war of 1971. It was released in 2007 starring Manoj Bajpai, Ravi Kishan, Chittaranjan Giri, Kumud Mishra, Deepak Dobriyal, Vivek Mishra, Piyush Mishra. It won the National Film Award for best Feature Film in Hindi. The film is an account of six soldiers of the Indian Army taken as Prisoners of War by the Pakistani Army, during the Indo-Pakistani war of 1971. 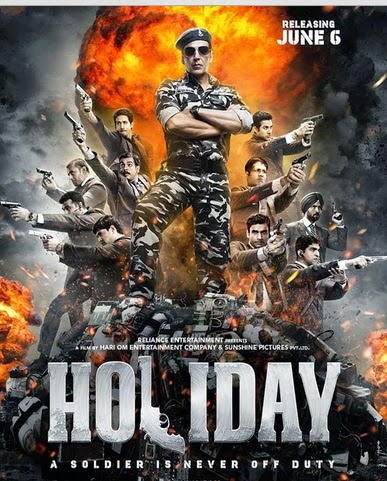 Holiday: A Soldier is Never Off Duty is an Indian Army-based movie directed by A.R. Murugados and produced by Vipul Shah. It was released in 2014 starring Akshay Kumar, Sonakshi Sinha, Govinda, and Sumeet Raghavan. It is a remake of the 2012 Tamil film Thuppakki, which was also directed by A.R. Murugados. The film became the biggest net grosser of the first half of 2014, along with being declared a “hit” by the box office.Virat Bakshi, the captain of D.I.A., a wing of the Indian Army, returns to his home in Mumbai on a holiday. 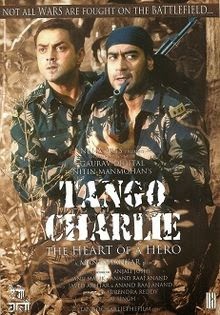 Tango Charlie is the Bollywood movie on Indian Army directed by Mani Shankar and produced by Nitin Manmohan. It was released in 2005 starring Ajay Devgan, Bobby Deol, Sanjay Dutt and Sunil Shetty. The film follows military man Tarun Chauhan’s journey from a young army recruit to a war-hardened fighter in the Indian Army. The film presents the idea that real soldiers are not born but bred. The film deals with insurgency and extremism in various parts of India and was described by the BBC’s Jaspreet Pandohar as “an interesting study of Indian Terrorism, violence, and bravery. Major Saab is an Indian Army based movie directed by Tinnu Anand and produced by Amitabh Bachchan. It was released in 1998 starring Amitabh Bachchan, Ajay Devgan, Sonali Bendre, Nafisa Ali.The plot concerns playboy Virendra, Pratap Singh. A clause in the will of his wealthy father forces him to enter a military academy in order to inherit. Virendra falls in love with Nisha, the sister of a gangster named Shankar. Shankar wants Nisha to marry the son of his friend Parshuram Bihari and hatches a plot to separate the couple, by pretending to accept Virendra, however soon beats him up badly and attempts to break both his arms and legs.Now the major trains Virendra to get back into his strength and fight against Shankar and win over Nisha.

Baby is one of my favorite movies about the Indian Army. It is an Indian spy action thriller movie directed by Neeraj Pandey and produced by Bhushan Kumar, Sheetal Sharma, and Krishan Kumar. The movie was released on 23 January 2015 starring Akshay Kumar, Rana Daggubati, Danny Denzongpa, Anupam Kher, Taapsee Pannu, Kay Kay Menon, Sushant Singh and many others. The movie generally received positive reviews from the critics as well as from the audiences. Akshay Kumar received praise from the audience for his performance and direction in the movie.

December 8, 2015 14
Ajith Kumar is an Indian film actor, philanthropist, Racing Driver, and promotional model who was born on...
Read more

Research and Development in Software: Outsource R&D vs. Create Your Own Team

August 6, 2019 0
Tech research and development departments benefit list is clear for the private sector and the industry as...
Read more

Lost USB Receiver For Wireless Mouse: What To Do?

November 4, 2021 0
Wireless mouse is widely used today as they are more comfortable to use than the wired version...
Read more

May 19, 2021 0
Hulu is now one of the most popular streaming services globally as it offers tons of content...
Read more

Buying Votes Is The Best Way To Win Any Contests

July 31, 2020 0
Many people participate in various online voting contests and benefit from it. Research shows that usually the...
Read more
Contact us: xomba@freeemail.biz